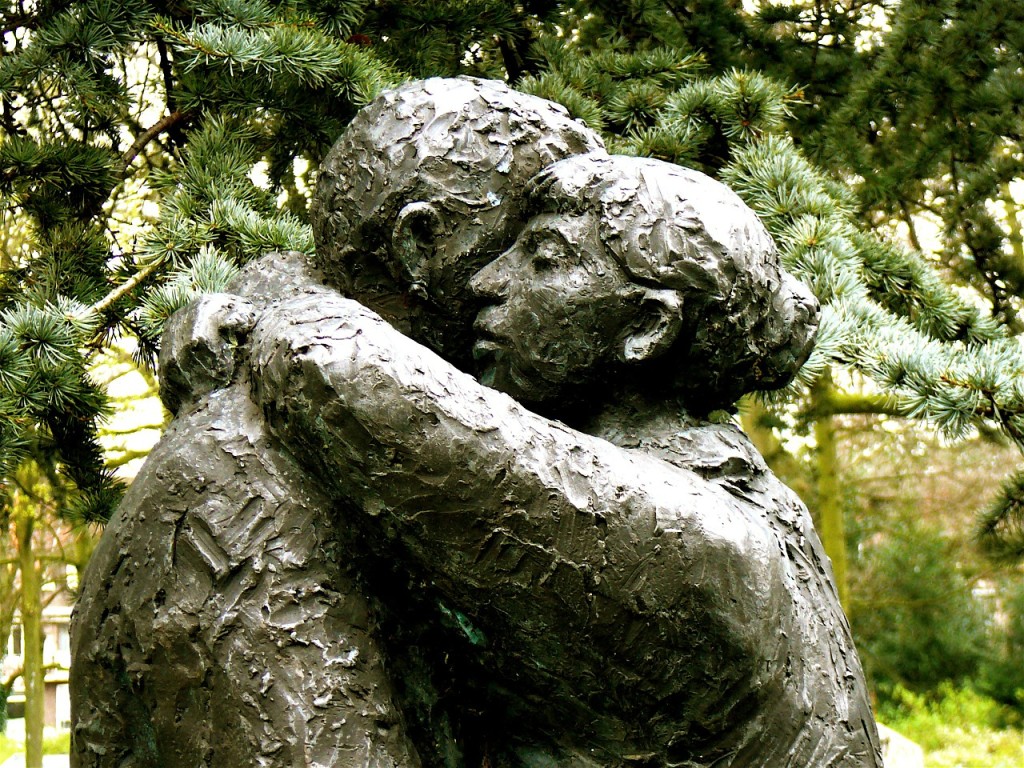 Allan and Patricia were excitedly expecting the birth of their first child.  Their excitement turned into fear and panic when Patricia went into pre-mature labor.  In her fear, she looked to Allan for support.  He was equally scared.  He didn’t show it.  In fact, he did what most of do when we find ourselves in similar situations:  go into survival mode.  Allan frantically talked to doctors and nurses. He called family and friends.  Allan was so panicked that he missed his wife’s desperate need for his presence.

Once he did get to his wife he was frozen with fear.  The site of seeing her in pain complied with the scary thoughts of losing both her and the baby was too overwhelming.  He shut down.  His wife, also full of fear, felt alone and abandoned.  Thankfully, both Patricia and the baby were fine.  However, the damage in Allan and Patricia’s marriage had been done.

In the weeks and months following the birth of their baby the couple began to grow further apart.  They have had fights before but now it seemed like they were fighting every day.  The fights were more intense and painful for both of them.  Patricia, feeling abandoned by her husband during such a critical time, was sad and hurt.  She was desperate for her husband to understand how scared and alone she felt.  Her trust in Allan was shaken.  Overtime, her hurt turned to anger and resentment.

Allan grew increasingly defensive because it seemed like every time they spoke of the incident it only made things worse.  Feeling hopeless he ultimately shut down.  It seemed like every time his wife would become upset she would bring up that time in the hospital. Deep down inside Allan was lost in feelings of shame and failure.  He was not able to tell Patricia how scared he really was during the birth of their child.  It was difficult for him to talk to her about his fear of losing her and of losing the baby.  He would apologize and try to open to her but it never seemed to help.

Allan and Patricia have become entrenched in a vicious pattern of hurt, anger, and disconnection.   Mistrust and fear replaced safety and security.  The truth is both of them care for each other deeply.  This is why Allan was frantically talking to doctors and calling family.  He felt powerless; this was his way of being there for his wife and child.  Patricia could understand this to some degree but her difficulty was that every time she tried to talk to him about her feelings of abandonment and fear he would react defensively. This led to her feeling even more isolated.

It is inevitable that you will hurt the one you love.  You will also be hurt.  The truth is we are all vulnerable in love.  There are two types of hurts:  minor and major.  Minor hurts are like a small scratch or cut.  They need to be attended to if they are going to be healed correctly.  However, if they are not managed in a healthy way minor hurts, like a small scratch, can become infected.  And if you don’t deal with them they become like a wound that is reopened again and again.   Minor hurts that are not dealt with properly compile over time and cause great pain in addition to mistrust.

The old adage, “Time heals all wounds” is not true when there has been minor and major hurts.  Time can help but there is a specific process couples can go through to help move from self-preservation to relationship-preservation and from fear to trust.  This is good news for couples in relationships.

Only One Kind of Apology Works

The question is how do we recover from minor and major relationship hurts in order to reestablish the safety and security in the relationship?  The answer is:  ONLY ONE KIND OF APOLOGY WORKS!  The first step is to recognize that couples who have experienced minor or major hurts will often get caught in negative pursue-withdraw spirals.  Patricia, in her attempt to reach out to Allan and reestablish emotional safety, struggles to express her feelings of abandonment without also expressing resentment and anger.  This triggers Allan’s shame and defensiveness.  All he hears is that he failed and let her down.  His shame and defensiveness gets in the way of him being able to respond to his wife’s call to reestablish emotional safety in the relationship.  He pulls away, she pursues; she pursues, he pulls away.  Recognizing that as a couple you are caught in a vicious pattern where both partners play a role is the first step towards turning hurt into forgiveness.

The next step in the healing process is to establish safety so that each partner can take open up and share their deeper emotions and needs.  (I know this is easier said than done which is why having an experienced relationship therapist can help.)  When safety is established the partner who has been hurt talks about their pain in a non-defensive, non-attacking way.  It is a big risk to move past the protective emotions and behaviors and express the deep down hurts.  However, it is the only way to turn hurt into forgiveness.

Once the hurt partner has expressed their deeper emotions it allows an opportunity for the other partner to respond.  The response has to be heartfelt and genuine.  The empathy for your partner becomes the ointment that heals the wound.  What allows someone to past hurts into the past is when they feel heard, seen, and connected to.

The process is meant to be reciprocal especially because hurts often go both ways.  This allows an opportunity for the partner who has done the hurting to express any of their deeper emotions.  There is closure when both feel heard and understood.  The hurt is turned into forgiveness and the mistrust is replaced with safety and security.

As Patricia feels emotionally safer with Allan she is able to move past her resentment and speak about the abandonment and fear she felt along with the pain of not being able to reconnect with Allan since the hurt occurred.  Allan, no longer guarded, begins to hear and see her differently.  He realizes she is not attacking him.  She is reaching out.  He emotionally connects to her and can feel her pain.   He is deeply moved by his wife.  He now knows that she is not making him out to be the bad guy but that he is the only person who can help heal her wound.  Upon seeing and hearing that Allan finally understands Patricia is able to let go of the past hurt and feel safe again.

It is not enough for Allan to only hear his wife’s pain.  He opens up and shares with her his fear and the shame he connected to feeling like he failed.  Patricia did not know he felt this way.  She is deeply moved by her husband’s care for her, but also by his own pain.  She reaches out to him to reassure him that she loves him.  He feels relieved to know that his wife understands him and cares that he was afraid.

Both of them, feeling and hearing the other’s vulnerable and sincere apology, are able to move past the hurts they felt and into a place of forgiveness and trust.  They are able to look back on the incident as a time great uncertainty but also a time where they were able to overcome.  This brings a greater sense of confidence that together they can face any challenge!

While the story of Allan and Patricia is fictional I hope it outlines a path for you in your marriage or relationship so that you can have greater success dealing with minor and major hurts and turning your hurts into forgiveness.