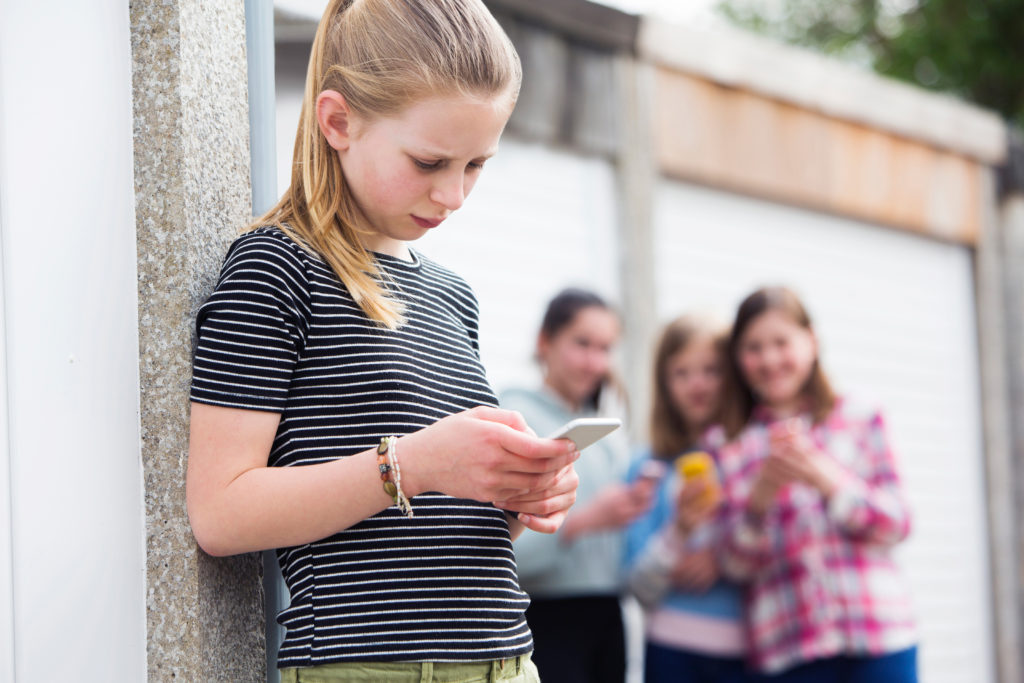 Your teen has access to a wide range of social media platforms in the palm of their hands. It is an insatiable, round-the-clock realm of influence, commentary, and suggestion. And many teens don’t know a world without it. For them, social media is and has always been.

So they jump into cyber relationships, trying to be seen, heard, friended, liked, and retweeted. And if they aren’t? Well, their suffering and rejection are real.

More and more teens wonder what’s “wrong with me” when their social media following falls off. Some grow despondent and anxious when comments sections read negative or, worse there are no comments at all. Still other teens study Instagram for clues about how to do life and friendship, only to feel troubled, left out, or lonely, if their real lives come up lacking.

Social media affects your teen in ways you see easily now and ways the future will reveal as they mature. This is new territory for parents, therapists, and relationship experts but there are some clear issues we can keep in mind. Being able to recognize the effect social media is having makes us more responsive and preventative. Then we can become the real-world influencers they need when teens need an escape from the social media masses.

Our first course of action? Be aware.

Social interaction just isn’t what it used to be. In previous decades, teens spent time together, in the same place, honing their social skills. They learned to read and comprehend verbal inflection, facial expression, and body language. They developed and screened relationships intuitively. Now you may notice that your teen struggles with friendships or picking up on social cues. Or that they seem anxious when dealing with people face to face. Often a teen chooses to interact with their SnapChat “friend” on the phone rather than deal with any initial awkwardness on the school bus or in the cafeteria.

Phones have off buttons and sleep modes. But many teens panic when you ask them to power down. Often teens have trouble even having the phone and all their social media connections out of reach. Not surprisingly, teens keep their glowing screens, with all of their buzzing notifications, on the nightstand beside them, or even on a pillow beside their heads!

Sleep disturbance, then, becomes common as your teen physiologically remains on alert and available online. This leads to insufficient sleep and poor sleep quality which only serves to further threaten mental and physical health.

Self-comparison among high-school peers is already difficult for most teens. If our teens are following the stories and posts of social media stars or seemingly more popular peers, the sense that they are lacking can become pervasive. It can feel as though everyone has a more exciting or more successful life. The belief that they aren’t good enough or special enough can lead to depression, anxiety, or unhealthy behavior to get attention.

Social media exposes participants to so much that can be hidden and used against your teen. And for a teen trying to assert their independence, they might hide such knowledge for a long time. This exposure to damaging content can affect your teen’s ability to function well at home, school, and work. Also, they may be impacted by values and ideas that seem harmless due to their online following but could lead to trouble. Involvement in sharing such content, too, can change your teen’s life and future if they are connected to them.

If your teen is curious about something that could be harmful or unhealthy, social media may exacerbate the danger. Social media can be a place where teens find a large peer group to share, engage, and promote behavior you might find problematic. In fact, studies indicate that teens who spend more than three hours a day on social media are more prone to smoking, binge drinking, fighting, skipping school, and suicidal ideation.

Comments and images that are posted to social media are notoriously vicious, for teens and adults. A regular diet of such rudeness, ranting, and relentless communication can make teens fearful of being authentic, vulnerable, or open with people. Your teen may resist deeper relationships for fear of what might be used against them. Or, they may have adopted a tough, abrasive attitude to protect themselves.

Research indicates that increasing numbers of teen girls seek social media support first when they feel anxious or insecure. Teen boys don’t spend as much time on social media, but definitely have trouble disconnecting for much time in between periods online. Teens regardless of gender, struggle terribly with the sense that they might miss out if they aren’t constantly connected to their social media platforms. This dependence and anxiety can be overwhelming and exhausting.

Most importantly, it falls to you as a parent to guide and seek guidance regarding the ways social media affects your teen. No matter how they balk or appeal. The teen years are already tough to navigate. Young people are vulnerable to their peers emotionally and long to fit in. Social media plays on that vulnerability in all of us, but it’s particularly powerful in the developing minds of teenagers. Be a respite and regulator for them.

If you need help setting boundaries as a family regarding internet use or interacting with your teen in general, please reach out. Professional guidance can help you smooth lines of communication and set healthy parenting goals. We offer a complimentary 20 minute phone consultation with a teen counselor or to schedule an appointment today for teen therapy please contact us at (623) 680-3486 or text 623 688-5115  .

All Crossroad’s groups have been postponed until further notice.

At this time we respectfully ask that masks be worn in our offices.  You may speak to your counselor directly regarding potential exceptions to this policy.  Thank you.

Crossroads is seeing clients in office and virtually.  If you are a new client or an existing client and would like to book your next appointment please contact our office at 623-680-3486,text 623-688-5115, or email info@crossroadsfcc.com.